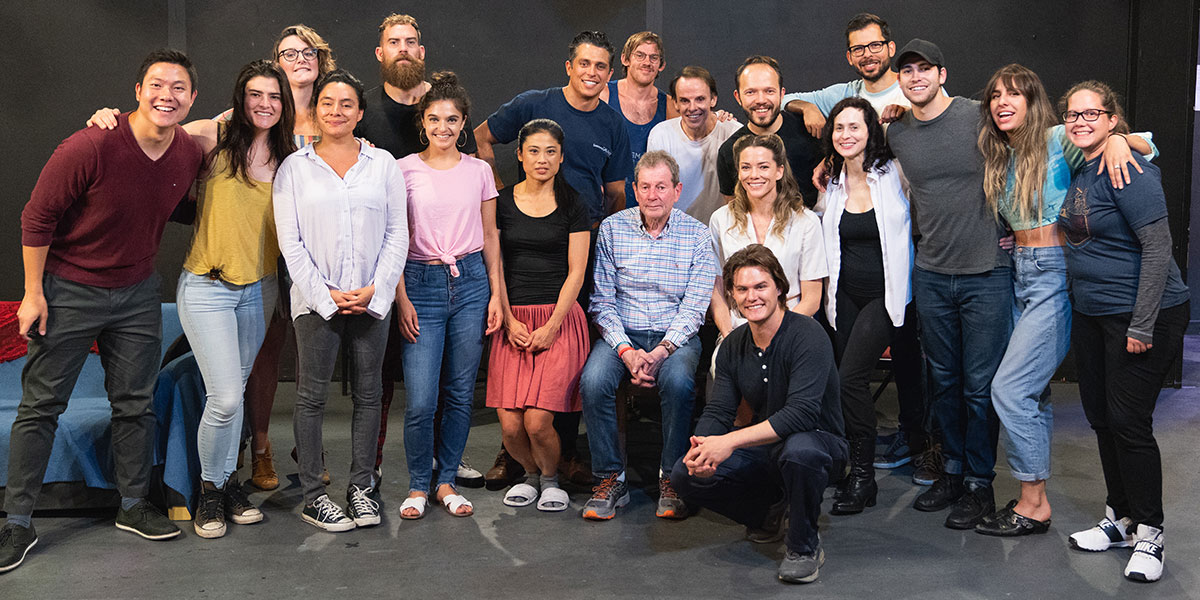 This is a special and rare opportunity in which Alan Langdon will be heading to Los Angeles. Alan Langdon is longtime faculty of New York’s Circle in the Square, the only accredited conservatory associated with a Broadway Theater. Alan will be bringing his expertise and experience to LA teaching a 4-day Masterclass of acting technique and scene study. Each day will consist of 8 hours of exercises, scenes and lectures. Some of Alan’s students at Circle in the Square have been Benicio del Toro, Viola Davis, Lady Gaga, and Philip Seymour Hoffman who Alan was very close to. The Masterclass will be August 20th, 21st, 23rd, 24th

ALAN LANGDON (Scene Study, European Scene Study, Musical Scene Study) appeared Off-Broadway in The Fantasticks and Intimate Relations, was Artistic Director of the Actors Space, and headed the Professional Acting Program at the University of Oklahoma. He was also the head of the Circle in the Square/NYU Professional Acting Program. He has also taught at the Stella Adler Conservatory. He has directed at the Virginia Shakespeare Festival, the British American Restoration Arts Theatre in England, The Oklahoma Theatre Center and was Director of Apprentice Workshops for the Williamstown Theatre Festival. Recent Acting credits include readings in the Tennessee Williams Celebration and The Plays of New YOrk City at the Labyrinth Theatre Company; Robert in Sink or Swim Rep’s production of Proof. Film: Adam Shaw for Glass Eye Productions. He is on the Animus Theatre Company’s Board of Advisors and recently directed their production of Dutch Heart of Man by Bob Glaudini.