Lecture and Q & A 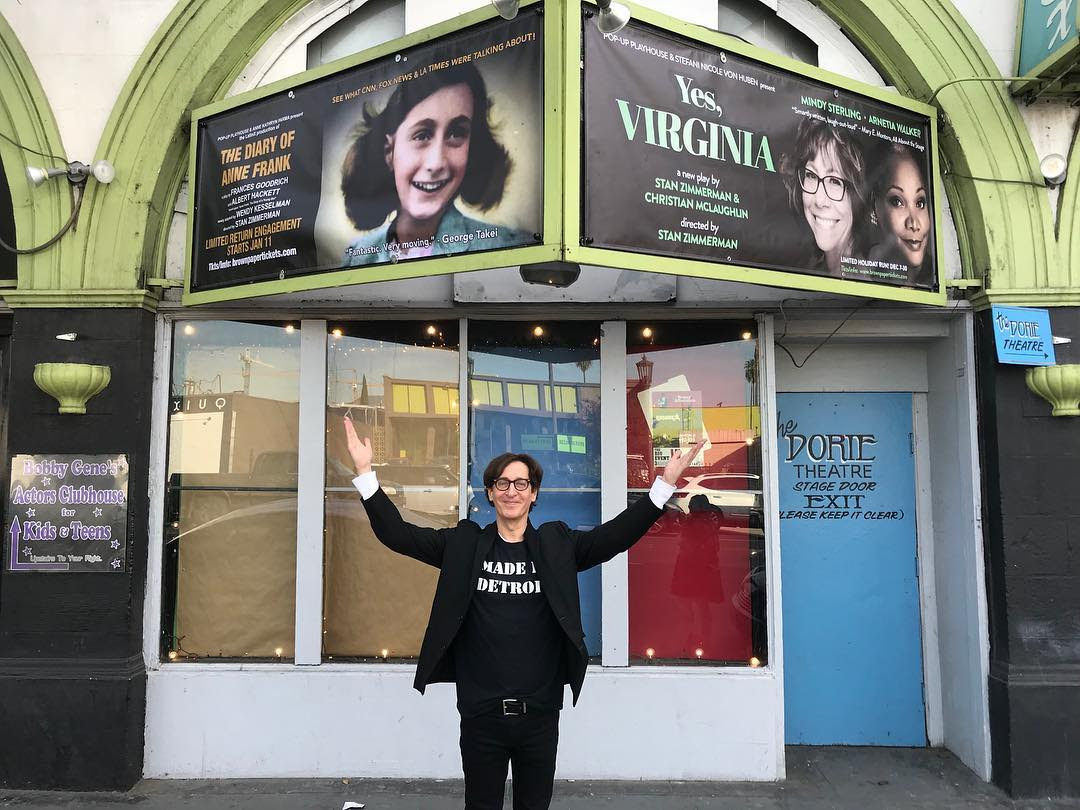 Lecture and Q & A with producer, writer, and director Stan Zimmerman

Stan Zimmerman is an American television producer, director and screenwriter. Zimmerman has written for many television series including The Golden Girls, Roseanne and Gilmore Girls and the 1996 feature film A Very Brady Sequel.  Zimmerman is also the creator and executive producer of the sitcom Rita Rocks, starring Nicole Sullivan and Tisha Campbell-Martin which ran on Lifetime Television. He is currently directing ‘The Diary of Anne Frank’ in Hollywood, CA.

Zimmerman directed the music video for the pop band Whore’s Mascara’s song “All I Want”. The song was nominated for 3 Pill Awards, including Best Video and Best Director, and had a cameo appearance by Laverne Cox.  Other television writing credits include Brothers, Just Our Luck, George Burns Comedy Week, Hooperman, Something Wilder, Secs & EXECS, Fame, and Wanda at Large.

Stan also appeared on Bravo’s Situation: Comedy reality show, as TV host/showrunner. The show is produced by Sean Hayes.  Together with Berg, he also wrote the first The Brady Bunch Movie, though not credited, and rewrote the TV movie Annie for American Broadcasting Company.