“The Method only exists to provide access to truthful performances. It is not a moral obligation.”

Learn how to create vivid and interesting characters through an intense and emotional workshop with Scene Study and technique exercises.
Our workshop will focus on answering the following questions:

*It is also very valuable for directors and writers.

With close to 30 years of experience including the work at the renowned Moscow Art Theater, a Lifetime Member at the legendary Actor’s Studio and 25 years of being a working Hollywood actor with over 150 films and television shows (Indiana Jones and the Kingdom of the Crystal Skull; Mission: Impossible – Ghost Protocol; and The Curious Case of Benjamin Button), Ilia Volok is a respected and professional actor who has worked with and learned from such masters as Steven Spielberg, Martin Landau, Oliver Stone, Shelley Winters, Wolfgang Petersen, Mark Rydell, David Fincher and many others.

“I also believe in the importance of finding what works for each individual actor.” 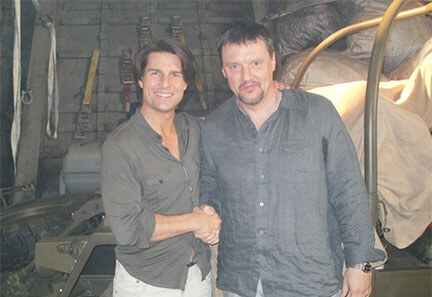